Our digital collection from Hoopla is getting even bigger!

Now our library has added hundreds of the latest and bestselling ebooks and audiobooks with Hoopla Flex. Can’t find a certain ebook or audiobook in our collection or on Libby? Check Hoopla!

Borrowing an ebook or audiobook from Hoopla Flex works similarly to borrowing one on Libby/OverDrive. It it’s marked as available, you can check it out immediately. You’ll have the audiobook or ebook for 21 days with renewal available as long as there are no holds on the item. If someone has borrowed the item you want, you can place it on hold.

To be clear, Hoopla Flex is a new option for those of you specifically looking for new and bestselling ebooks and audiobooks. If you use Hoopla to read comics, listen to music, or watch movies, you can still do that! Hoopla still has nearly a million different titles of  ebooks, audiobooks, comics, music, and TV episodes that you can borrow immediately as part of its Hoopla Instant collection.

Hoopla is free to use with your Mentor Public Library card. You can borrow up to 20 items per month from the Hoopla Instant collection and 10 items from Hoopla Flex. Click here to start browsing Hoopla’s enormous catalogue.

Appy Hour: Free Apps & Databases for Back to School

MPL Librarian Ariel Johnson and Mentor High School Student Technology Leader Steven Dohm introduce you to databases and apps that can help students of all ages when they return back to school.

All of them are free to use with their library card or have a freemium version.

The resources they talk about include:

Join us next month for another Appy Hour! The next session will be at 6:30 p.m. on Tuesday, Sept. 21. And for more on our digital services and databases, check out our Digital Spotlight.

Read the world with PressReader

You can now read thousands of newspapers and magazines from around the world with your Mentor Public Library card and our newest digital service, PressReader.

Read publications from hundreds of countries in dozens of languages! All you’ll need is your library card number and PIN. 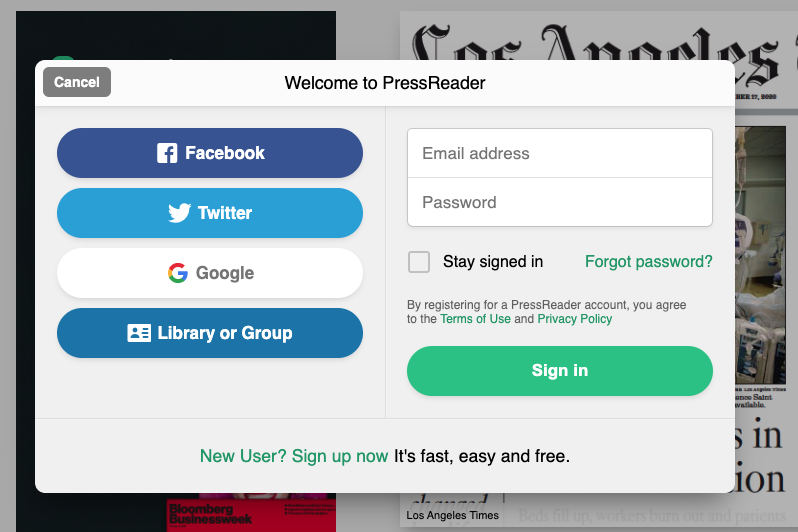 To visit PressReader from our site, you can click on the link on our front page or databases index and start browsing immediately. If you visit PressReader’s site directly, you’ll need to search for Mentor Public Library, and then put in your library card number and PIN before you can begin browsing.

Finally, you can use PressReader’s app, which is available for Apple, Android, Microsoft, and Amazon devices. Once again, you’ll need to enter your library (that’s us), your library card number, and PIN to sign into the app. You’ll also need an email address to create a profile.

By the way, the PIN you need is the same one you use to access your account on our website. If you don’t know your PIN, it’s probably the last four digits of the phone number that we have on record for you. If there’s no phone number on your account, the PIN will be a 4- digit code using your birth month and day. (For example, 0824 for a birthdate of August 24.) If your account has no phone number or birth date, your temporary password will be CHANGEME. Once a PIN is assigned, you can change yours to anything you wish once you sign into your account online.

Study anything for free with the Great Courses & your library card

Have you heard of The Great Courses?

They’re a collection of phenomenal lectures series created by esteemed college professors for the general public on fascinating topics like Decisive Battles in World History, Writing Great Fiction, and Physics & our Universe.

They’re engaging, enlightening, and understandable. The only downside? They can be a touch expensive to buy.

Fortunately, your Mentor Public Library offers four ways that you can enjoy more The Great Courses for free.

1. Borrow them from us

We have several DVD sets of Great Courses series that you can borrow from our collection, including:

Browse from the dozens of sets in our collection.

If you’re not familiar with Kanopy, it’s a streaming service that lets you watch some of the world’s greatest films and documentaries. And it’s free with your library card!

Learn as much as you want to about history, skills, hobbies, humanities and science.

3. Watch the Great Courses with RBDigital

Just like with Kanopy, RBDigital offers unlimited streaming of The Great Courses. They offer several lectures one:

4. Stream audio versions of the Great Courses for free with Hoopla

By the way, if you prefer streaming audio, you can stream more than 100 Great Courses in their entirety as audiobooks using Hoopla. Once again, Hoopla is free to use with your Mentor Public Library card. You can borrow up to 20 items per month from its collection, which also includes audiobooks, movies, music, and comics.

So what do you want to learn first? 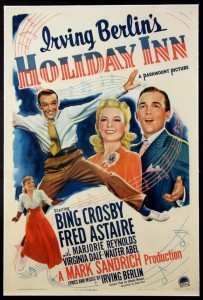 Want to watch something seasonal? Don’t feel like leaving the house?

We’ve got you covered — whether you’re in the mood for something naughty or nice.

With Hoopla and Kanopy, you can stream tens of thousands of movies, documentaries and episodes of television to your phone, tablet or computer anywhere at anytime. And it’s free with your Mentor Public Library card.

And they’ve got a robust collection of holiday-themed specials. Let’s unwrap some of our favorites:

2. Once Upon a Sesame Street Christmas

Elmo’s father tells a bedtime story about why everyone leaves cookies out for Santa. In doing so, we meet Elmo’s great-great-great-grandmonster and travel back to when Sesame Street was a very different place. In fact, everyone was so grouchy that Santa didn’t even bother to visit. What can be done to bring kindness, cheer, and the spirit of Christmas to Sesame Street.

There’s not a whole lot of plot to Madeline’s Christmas (but since when has Madeline been about things happening.) Basically, Madeline must take care of her classmates who have fallen ill around holiday time.

The gang gets in the holiday spirit with the tale of a plucky lawyer who sets out to save Santa Claus from the clutches of a spoilsport zillionaire.

6. The Cat in the Hat Knows a Lot About Christmas!

The Cat in the Hat — along with his friends Sally, Nick, and the Fish — must help a baby reindeer get back to his family in far-off Freeze-Your-Knees. They’ll probably learn a thing or two along the way.

Dolly Parton plays an angel (naturally) who must help a lonely widowed father if she wants to get her wings.

A compilation of Gumby skits centered around Christmas.

Starring Katherine Hepburn. A young man is sent to visit his estranged father for Christmas in 1930 in New Orleans.  Based on an autobiographical short story by Truman Capote.

An Advent Series for families explores the stories of Joseph and Mary, the true history of Saint Nicholas, the hectic holiday season, Christmas traditions, and more

It’s Christmas time and the Wild Kratts are taking a break from creature adventuring to celebrate. But when the Wild Kratts receive an alert that their favorite creatures are disappearing around the globe, their holiday party transforms into a rescue mission.

Kirk Cameron rescues his brother-in-law, Christian, from the humbugs and gives him a fresh perspective on Christmas.

And now for an intermission called ___ Saves Christmas in which your favorite cartoon or canine protagonist rescues the holiday from nefarious villains:

This delightful Christmas special stars the hilarious Abbott and Costello and features Margaret Whiting, The Nicholas Brothers, Buster Shaver and Olive, and Tom and Jerry.

The classic ballet performed by the Ballet of the Slovak National Theatre. You may also enjoy Getting to the Nutcracker, a documentary that depicts all the hard work it takes to perform the holiday classic, from audition to curtain call. (For a different take, check out Maurice Sendak’s version of The Nutcracker.)

Learn about the historical saint from Turkey who partly inspired the Santa Claus myth. (If you’re six years old and reading this, please don’t tell your parents that we called Santa Claus mythical. Also, good job on your reading.)

Based upon O Henry’s short story. A young husband and wife barter their most cherished possessions to buy Christmas gifts for one another.

A young boy is outraged when he receives a single orange for his Christmas largess and decides to sue Santa Claus.

19. No Snow for Christmas

Part of The Great British Baking Show. In the countdown to Christmas, Mary Berry and Paul Hollywood feel festive in the kitchen. They share six recipes to bake for your family this holiday, inspired by traditions from all over Europe.