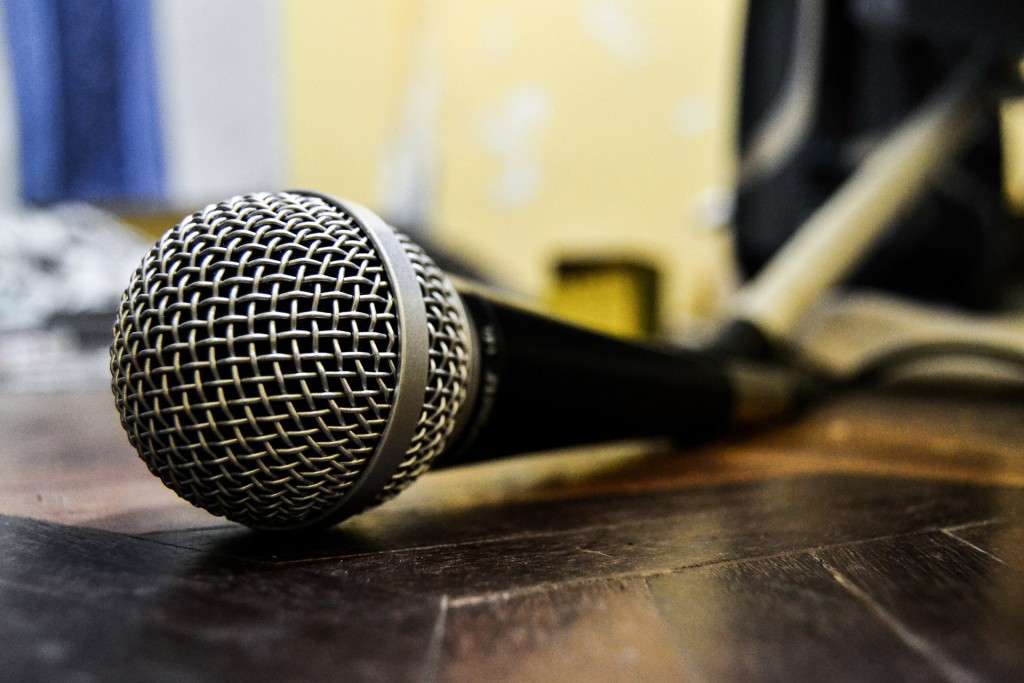 Want to listen to some of the best hip-hop music ever recorded without spending money on iTunes, Spotify, Tidal or—you know—CDs?

Here are 25 of our favorite hip-hop albums you can start downloading right now from Freegal:

Nas has crafted a lot of brilliant music, but he’s forever chasing his debut. Illmatic has a Mount Rushmore of hip-hop producers—Pete Rock, DJ Premier, Large Professor, Q-Tip, and L.E.S.—serving their best beats to an apex MC. In return, Nas wrote a debut album that plays like a greatest hits.

For more Queensbridge classics, check out AZ’s The Format.

Listen, you can argue that pretty much any Outkast album is their best (except for Idlewild, and even that one has its moments.) Maybe you prefer the stoned grooves of ATLiens, the laid-back funk of SouthernPlayalistic, the bombast and exploration of Stankonia, or the big hits of Speakerboxxx/Love Below. But Aquemini has that perfect seasoning: just enough soul, just enough funk, just enough mind-blowing bars, and slinky grooves. It earned every one of its 5 mics.

For more Dungeon Family, listen to Goodie Mobb’s classic debut or the entire family’s Even In Darkness. If you really feel like digging in the crates, Freegal also has Society of Soul’s Brainchild.

There’s no such thing as an inconsequential Tribe album. (Even The Love Movement had “Find a Way.”) Start with Low End Theory or Midnight Marauders, but don’t forget their newest joint. We Got It From Here is probably Tribe’s third or fourth best album; and, when your discography is this good, that’s high praise.

For more Native Tongues, check out Jungle Brothers’ Straight out the Jungle.

The Fugees knew no boundaries. They mixed Roberta Flack, Bob Marley, and Delfonics with the type of Jersey bars that would make Redman proud. Freegal also has most of Wyclef Jean, Lauryn Hill, and Pras’ solo work for streaming and download. (Don’t laugh at poor Pras. “Ghetto Supastar”—the song, at least—is a classic.)

E-40’s discography can intimidate because of his prolificness. Where do you start when the guy drops a double album every six months? Start with The Hall of Game. Not only does it have the big hit—”Player’s Ball” with Too $hort—it has one of 2Pac’s best guest verses ever on “Million Dollar Spot.”

For more Yay Area, listen to The Best of Celly Cel or E-40’s work with The Click.

KRS-One is a Top 5 MC, dead or alive, and he has been since Criminal Minded. He single-handedly whooped The Juice Crew (or, at least Marley Marl and MC Shan) with the still lethal battle raps/history lessons “Bridge Is Over” and “South Bronx.”

The rest of BDP’s discography is vital too and don’t sleep on KRS’s solo material. Personal favorite: the DJ Premier-laced “MCs Act Like They Don’t Know” from his self-titled album.

While the self-titled album isn’t UGK’s best record—that’s Ridin’ Dirty, hands down—it is their crowning achievement. After more than a decade of toiling as regional champions, Pimp C and Bun B were finally feted with a double album that celebrated their supremacy.

It’s difficult to stress just how much Wu-Tang Clan changed hip-hop, not just the music but the culture. Those sped-up soul samples you love? RZA did it first on “Tearz.” Everyone having their own clique/record label/clothing company? Wu-Tang did it first.

Clipse would still be the most terrifying tandem in hip-hop since EPMD if they didn’t have their pick of Neptunes beats. And “Wamp Wamp” and “Mr. Me Too” are as fresh and funny as they are fierce.

The lyrical wunderkind of Odd Future Gang returned from exile in Samoa and kept rapping like he never disappeared. Vince Stapes, Mac Miller, RZA, Frank Ocean, and other Odd Future cohorts contribute, but this is Earl’s coronation. Also listen to his I Don’t Go Outside.

Before he was a Soulquarian or down with Kanye (but after that weird debut where he aped Das EFX), Common Sense was resurrected. “I Used to Love H.E.R.” is a revelation that launched a career but the entire album shares Common’s brilliance and insight.

XZIBIT’s album budgets got bigger on Restless and Man V. Machine, but he never sounded better than on 40 Dayz‘ “What U C Is What U Get.” And what you get is hard-body bars over spine-cracking production.

Like so many other “big” rappers—Big L and Notorious B.I.G.—Big Pun only got two records to craft his legacy before dying. But Pun’s place in hip-hop was cemented after his debut album. Wyclef, Wu-Tang, Mobb Deep, and more lined up to rap alongside the hottest thing out of the Bronx since KRS-One. (Don’t sleep on Yeah Baby either, if only for “100%.”)

You need proof that life is capricious? Big L’s bandmates in The Children of the Corn, Mase and Cam’ron, are both multiplatinum superstars. But L, the most dexterous rapper in the clique, is murdered while working on his second album. At least he left us with this gem. (You can also hear a pre-fame Jay-Z on the posse cut “Da Graveyard.”)

For more Harlem, check out Harlem’s Greatest, a concise collection of Cam’ron’s best work before signing with Roc-a-Fella Records.

Witness perhaps the greatest resurrection in hip-hop history. MF Doom went from that one guy in KMD (if you even heard of KMD) to a genre-expanding super villain. Doom produces like the love-less child of Prince Paul and Tom Waits, and he raps like he’s stringing together inside jokes. You either love it or you don’t get it. Either way, Doom doesn’t apologize.

If Scarface never dubbed himself the king of the south, it’s because some people are too big for a throne. Scarface rapped about depression, mental illness, and the pains of poverty with the insight of a poet laureate. Start with The Diary, but his entire discography is hypnotic.

For more of H-Town’s finest, enjoy Devin the Dude.

A$AP Rocky is what happens a Harlem rapper grows to revere Rakim and Pimp C equally. He’s got bars for the purists—whatever that still means—but he also cultivates an aura of cool. He also put together the posse cut of a generation with “1 Train,” which features Kendrick Lamar, Big KRIT, Danny Brown, Yelawolf, Joey Bada$$ and Action Bronson.

Lecrae is the best gospel rapper working. He’s the genre’s Al Green. He has all the skill and technique of his secular peers but uses his faith to craft his message. His autobiography, Unashamed, is also excellent.

DJ Quik is more melodic than Dr. Dre, funkier than Madlib, and a better rapper than either of them. He goes through phases like a hip-hop David Bowie, and each phase is worth enjoying.

Busta Rhymes sounds equally marvelous over The Neptunes and Dr. Dre, both of whom provide music for Genesis. (As a bonus, Freegal also has “Case of the PTA,” one of the best songs from Busta’s original group, Leaders of the New School.)

You’re laughing, right? How does Khaled make the list when his only skill seems to be knowing famous people? Well, it turns out that having a fabulous rolodex is an enviable skill. Khaled collects contributions from Jay-Z, Drake, Nas, Kendrick Lamar, Future, Busta Rhymes and… huh… Meghan Trainor. Didn’t see that coming.

“Shook Ones Pt. II” is the anthem, but Havoc and Prodigy have a discography as deep as their Mobb.

Cole went double platinum without any features—no guest verses, no borrowed hooks. Not even his label boss, Jay-Z, accomplished that. And you can get it for free.

We mentioned Wu-Tang Clan 16 entries earlier, but Ghostface’s masterpiece of abstraction deserves its own spot. We still have no idea what he’s talking about on “Apollo Kids.” (This rap is like ziti?) It doesn’t matter. Perfection requires no explanation.

If you like that, check out Ghostface’s collaboration with Adrian Younge, Twelve Reasons to Die.