Meeting the nocturnal animals of Ohio 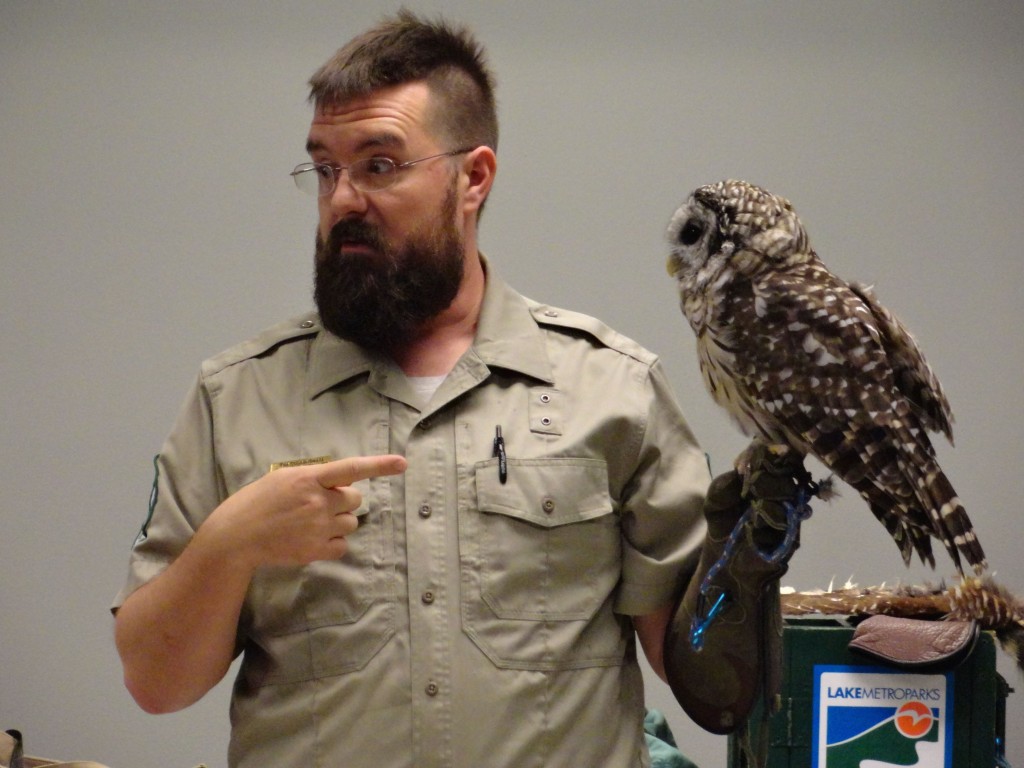 Tim Cunningham from Lake Metroparks introduces us to Hemlock, a barred owl that lives in Penitentiary Glen.

Lake Metroparks introduced us to some of the nocturnal birds and mammals that live in the Kevin P. Clinton Wildlife Center at Penitentiary Glen.

The center receives and rehabilitates nearly 2,000 injured or orphaned animals each year. Those animals include rabbits, songbirds, opossums and more—even peregrine falcons and bald eagles. (However, they don’t take skunks and raccoons because they’re rabies threats or coyotes because they’re not originally from Ohio.) Most of their rescue animals eventually return to the wild.

However, some of their animals are too injured to return and they become animal ambassadors.

We were fortunate enough to meet some of their nocturnal animal ambassadors on Wednesday. 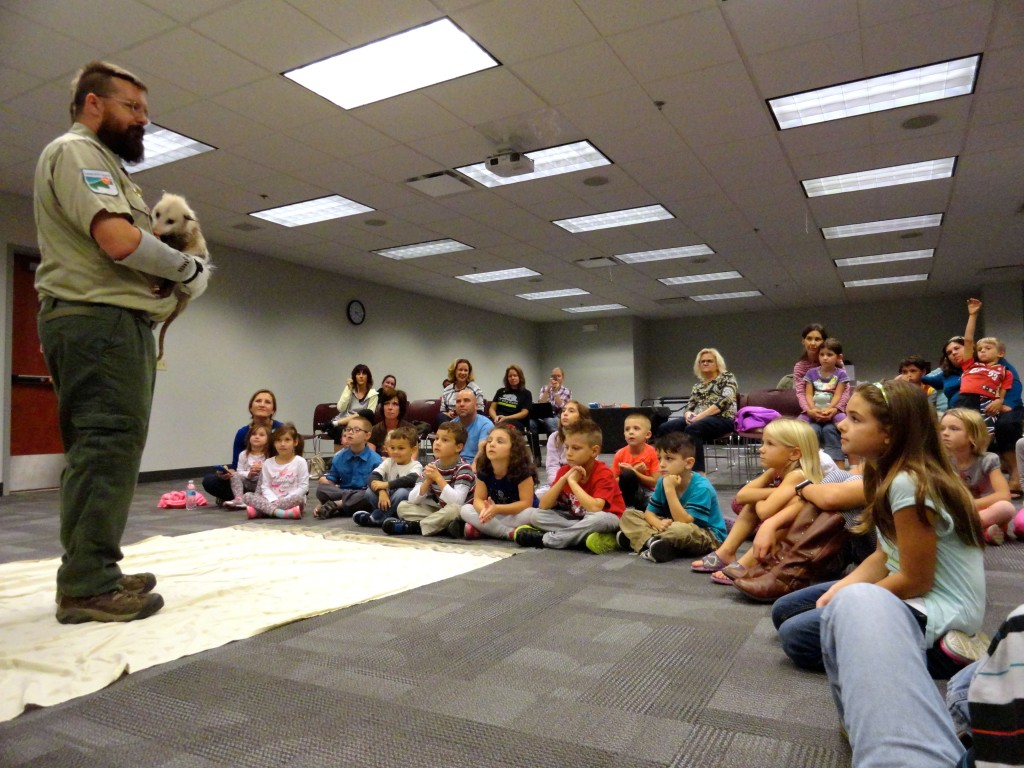 Dexter, an opossum, meets the group. Dexter came to Penitentiary Glen when his mother was hit by a car.

We also learned some fun facts about each animals. For example, opossums are the only marsupial—that means they carry their young around in a pouch—in North America. Also, owls can turn their heads 270 degrees. That’s nearly all the way around!

Tim Cunningham from Lake Metroparks also explained what it takes to be a nocturnal animal that hunts (or avoids being hunted) at night.

Most nocturnal animals have more sensitive eyes, noses, ears or senses of touch than their diurnal counterparts.

For instance, an owl can spot its prey from the length of a football field. 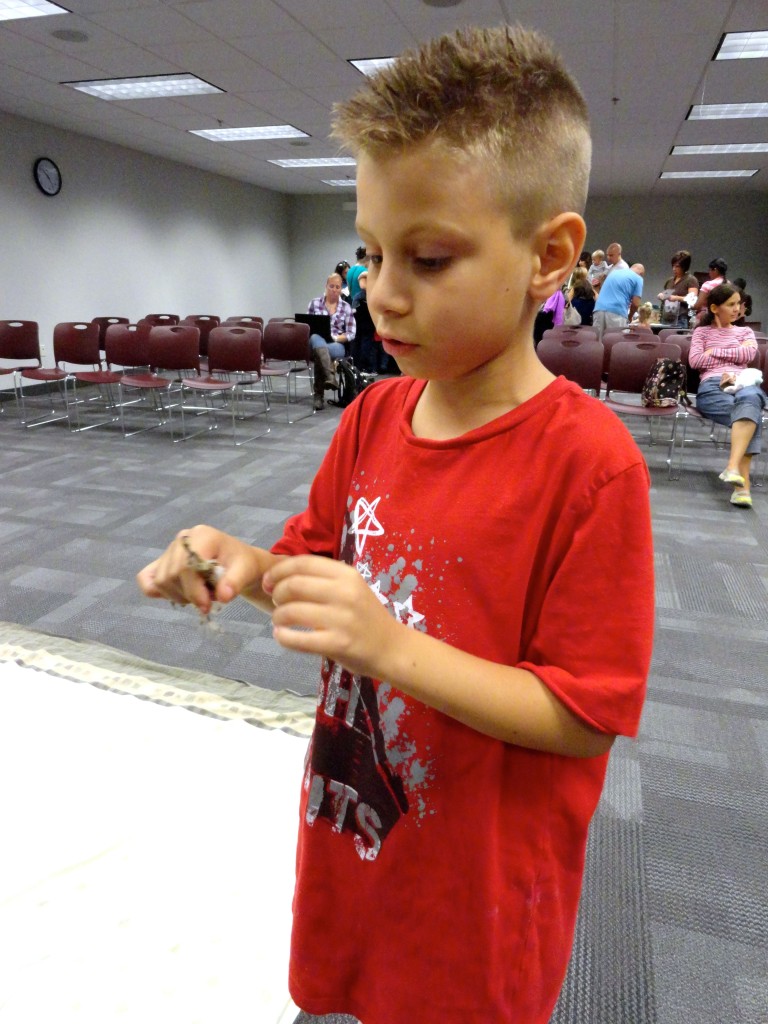 Avery checks out the talon of a screech owl.

We want to thank Lake Metroparks and all the families who came to our Nocturnal Animals program on Wednesday.

We hope you had as much fun as we did and learned something too!

Visit our Facebook page for more photos from the animals’ visit. 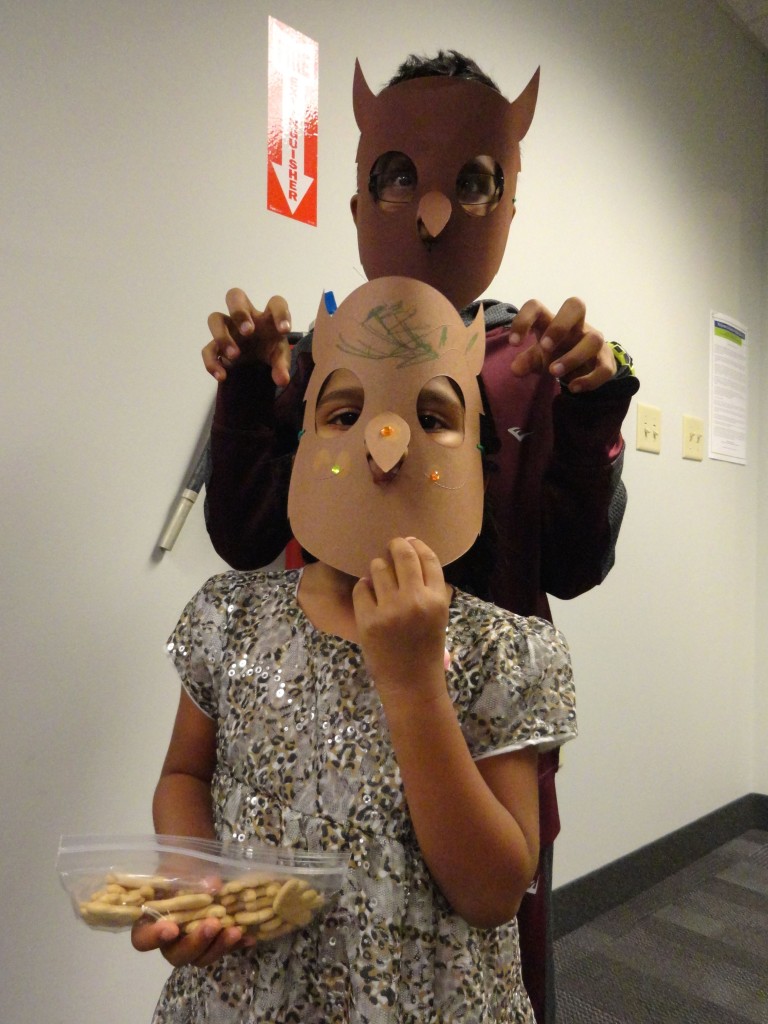 Santosh Akilesh and Diya show off the owl masks that they made at our program.