In recognition of International Holocaust Remembrance Day, all are invited to explore the historic Anne Frank House.

You can use virtual reality to tour the secret rooms where Anne and her family hid during the Nazi occupation of Amsterdam during World War II.

From Jan. 20 to Feb. 1, any of our patrons can stop by the Children’s Desk in our Main Branch to sign up for a time slot. To be clear, this virtual tour is open to all, not just children.

Anne Frank was a young diarist who was born a German national but lost her citizenship because of her family’s Jewish heritage. Her family lived in fear and hiding for years until they were apprehended in 1944. All the while, teenaged Anne kept a diary of her experiences. Of course, you are also welcome to borrow Anne’s Diary of a Young Girl from your local library.

By the way, one of our librarians happens to have earned a doctorate in German history, and he has offered several lectures on the Shoah and World War II, including:

In past years, he’s discussed the Nuremberg Trials, rise of National Socialism in Germany, and origins of the Nazi’s Final Solution.

This year, his topic was Auschwitz, the most notorious of Nazi Germany’s death camps. He discussed its grisly purpose, some of its most famous survivors, and the overwhelming evidence that it served as a death camp.

By the way, each year Foster gives a series of lectures about American history. His previous topics include the Battles of World War II and US Presidents of the 20th Century. This year, he’ll discuss the American Revolution.

The series begins at 6:30 p.m. on Thursday, March 21, at our Main Branch. The topic is the origins of the Revolution.

Finally, if you’re interested, most of Foster’s previous historical talks can be viewed in their entirety on our YouTube channel. 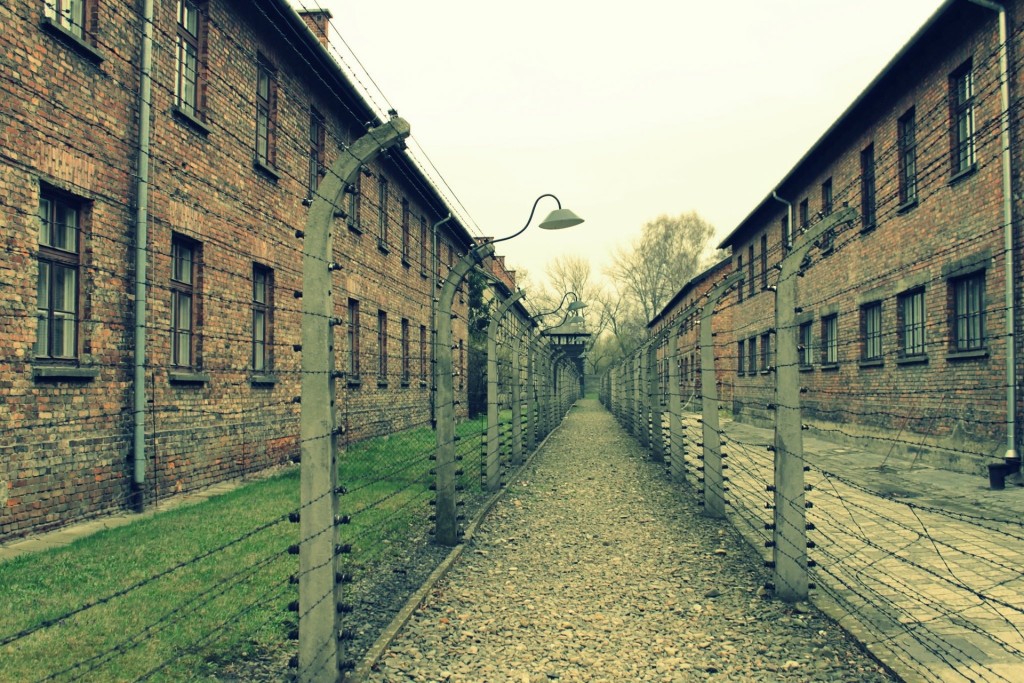 Auschwitz, the most notorious of Nazi Germany’s death camps, will be the subject of our annual International Holocaust Remembrance Day lecture.

In past years, he’s discussed the Nuremberg Trials, rise of National Socialism in Germany, and origins of the Nazi’s Final Solution.

This year, his topic will be surviving Auschwitz, the most notorious of Nazi Germany’s death camps. The talk will be 6:30 p.m. on Thursday, Jan. 17, at our Main Branch.

By the way, if you’re interested, most of Foster’s previous historical talks can be viewed in their entirety on our YouTube channel.

We hosted a special program about the Nuremberg Trials for International Holocaust Remembrance Day.

The speaker was our own Dr. John Foster. In addition to being a reference librarian, Foster earned a doctorate degree in history with a specialization in Modern German History. For previous International Holocaust Remembrance Days, he discussed the life of Holocaust survivor Elie Wiesel and the rise of National Socialism in Germany.

Foster’s talk is available online in its entirety for those who were not able to join us last week.

Other historical talks by Foster can be watched on our YouTube page, including:

MPL Talks: The Rise of National Socialism in Germany

We host a lot of programs at Mentor Public Library and it’s hard to catch them all.

And sometimes you miss one you really wanted to see.

That’s why we’ve started MPL Talks, where we post full programs online for you to watch at your convenience. It’s not quite the same as being there. (For example, you don’t get to ask questions.) But it’s better than missing out.

Recently, our own Dr. John Foster—who, in addition to being a librarian, also has a doctorate degree in history—discussed the Rise of National Socialism in Germany as part of International Holocaust Remembrance Day.

Other historical talks by Foster can be watched on our YouTube page, including: