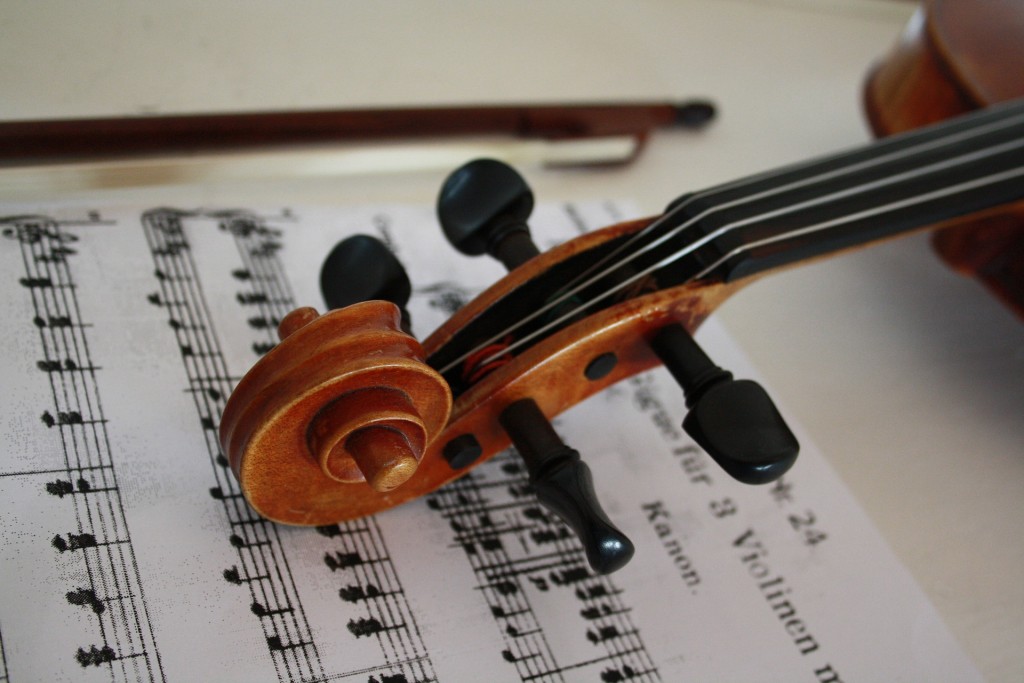 Some of the greatest classical music ever recorded is available on Freegal, which is free to use if you have a Mentor Public Library card.

Here are 25 of our favorite classical albums you can start downloading right now from Freegal:

It’s difficult to exaggerate the importance of Johann Sebastian Bach’s Goldberg Variations or Gould’s 1955 recording. Goldberg is one of the single most important pieces of music composed for keyboard. (It’s primary competition: Ludvig van Beethoven’s Diabelli Variations, which, simply put, would not exist without Bach’s precedent.)

And Gould’s enthusiastic and masterful recording modernized The Goldberg Variations without blaspheming his source material.

For the completist, Freegal also has Gould’s 1981 recording of The Goldberg Variations, which provides a fitting bookend to the pianist’s career and life.

The man and the material bring out the best in one another.

3. Philip Glass — Songs from The Trilogy

Compiled from the highlights of Glass’s three portrait operas, Einstein on the Beach, Satyagraha, and Akhnaten. This album converts Glass into digestible bites for the as-yet unconverted.

If you’re not prepared for the 18 minutes of minimalism that is “Trial-Prison” from Einstein, it’s pared to three minutes here.

For those who wish to dig deep into the Glass experience, Freegal can accommodate you, as well.

The most venerated opera singer ever and one of the first international recording stars. Enjoy the voice that moved millions.

5. Cameron Carpenter — All You Need Is Bach

Organist provocateur Carpenter’s newest album is both a love note to Bach and his instrument of choice. He does right by both of them.

Harpist Meijer performs standards like “Clair de Lune” alongside selections from the Amélie soundtrack. She has the chops and taste to satisfy classicists and the merely curious.

7. Natalie Dessay & Michel Legrand — Between Yesterday and Tomorrow (The Extraordinary Story of an Ordinary Woman)

It takes moxie to tackle an idea once marked for Streisand. Between Yesterday And Tomorrow tells the story of a woman’s life from birth to death, passing by all of its highlights: childhood, adolescence, first love, and motherhood.

While Streisand ultimately passed on Legrand’s oratorio, Dessay is completely up to the task.

Soprano Peretyatko has skill to spare. She juggles Mozart, Rossini, Verdi, Bizet, and more with a powerful voice and easy charisma.

Tan Dun accomplishes something special with his score, mixing Eastern and Western instrumentation, as well as classic and modern composition.

Yo-Yo Ma is the most famous performer on the bill, but all of the musicians earn their keep and our admiration.

Morricone created the sound for a genre. His best-known songs from Once Upon a Time in the West, For a Few Dollars More, My Name Is Nobody, The Hellbenders, The Big Gundown, and The Good, The Bad, and The Ugly are here.

Stern is a brilliant violinist, one of the best instrumentalists of the previous century. However, his biggest contribution to music may have been saving Carnegie Hall from the wrecking ball.

Regardless, Stern plays his favorites here, and his talent and enthusiasm are evident.

The cello was not a solo instrument before Casals. To restate the point, Casals’ skill was so transcendent it elevated his instrument.

Song of the Birds recordings range from 1925 to 1953, giving you a taste of Casals’ evolving technique and the concurrent improvement in recording technology.

John Corigliano’s score makes the most of Bell’s abilities as a soloist. Lyrical, haunting and memorable — even if you’ve never seen the film.

You probably think there’s nothing new to say (or play) about Chopin’s “Funeral March.” Buniatishivili is happy to prove you wrong. The Georgian pianist is a compliment to whatever classical composer she performs, be it Chopin, Liszt or Rachmaninoff.

Lang is a puncher’s pianist with a muscular, flamboyant style. With Rattle and the Berlin Philharmonic Orchestra, Lang finds a worthy sparring partner. The concertos are imbued with strength and bravura.

Gatti and the French National Orchestra celebrates the centennial of Igor Stravinsky’s The Rite of Spring by recording the masterpiece, along with Stravinsky’s 1911 ballet Pétrouchka.

Gatti grounds the frenzy, conducting with a clarity that emphasizes details.

Gabetta thematically links Ernest Bloch, Dmitry Shostakovich and Pablo Casals in this powerful set. Bloch’s “Prayer” has long been one of Gabetta’s favorite encores. She has built a lovely album around this centerpiece.

Edgard Varèse is a musical revolutionary and one of the founders of electronic music. However, for awhile, his compositions were not quite as celebrated as their composer. Top-tier conductors rarely performed them, until Boulez recorded his masterful versions.

No, this isn’t Domingo tackling Verdi, Wagner or Mozart, but it’s also not Rod Stewart sleep-walking through a set of standards. Domingo sings 15 songs culled from around the Mediterranean. (Truly, Domingo takes on a tour all around the sea, performing in a half-dozen languages.) He elevates the traditional and contemporary with his impeccable clarity.

Classical pianist Dinnerstein and folk singer and songwriter Merritt collaborate for a cycle of songs dedicated to the nocturnal. It’s a miracle that it’s not a dreary, pretentious mess. But Night is more than “not bad.” It’s remarkable, hopeful, and its atypical roster and modus operandi create a singular experience.

Ormandy has always had a talent and affinity for Tchaikosky’s compositions. Here, he conducts three of his most famous ballet suites: Sleeping Beauty, Swan Lake and, of course, The Nutcracker.

Toscanini was so prolific and La Bohème so often performed that it’s impossible to single out a definitive recording for either. However, the two are well-matched. Toscanini conducts Puccini’s opera with all of the sensitivity that it deserves.

We deliberately avoided Greatest Hits albums in this list, but you deserve to know there’s an album with the themes to Jurassic Park, Jaws and Raiders of the Lost Ark on it.

Yende has a remarkable story. She sang her way from a small town in South Africa near the Swazi border to Europe’s main stages. But you don’t need to know her journey to appreciate her voice — charismatic with remarkable control.

More than just YouTube stars or indiscriminate musical syncretists. It takes a certain genius to pair Adele’s “Hello” and “Lacrimosa” or “Fight Song” and “Amazing Grace.”