Travel back to the era of Untouchables and learn about Eliot Ness’s tenure in Cleveland.

Eliot Ness served as Cleveland’s Safety Director for Mayor Harold Burton during the years of 1935 to 1941. In these short years, Cleveland went from the most dangerous metropolis in America to winning a National Safety Award.

Photos and stories reveal the Eliot Ness that you won’t get from the movies – because, in this case, the truth is more fascinating than fiction.

The speaker is local historian, author and all-around Eliot Ness expert Rebecca McFarland. McFarland is a fourth-generation Clevelander who has given hundreds of talks on Ness and discussed him on A&E’s Biography. She’s also the person who ensured Ness’s final resting place would be in Cleveland, as McFarland herself spread his ashes in Lake View Cemetery. 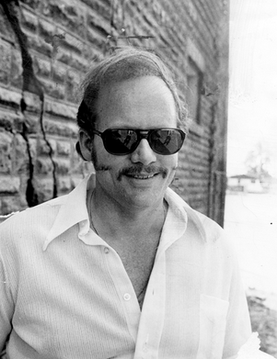 Learn about the bloody war between Irish mobster Danny Greene and the Cleveland mafia during a special program at 6:30 p.m. on Monday, March 9, at our Main Branch.

The battle was so fatal and explosive that it left Cleveland with the moniker “Bomb City, USA”” during the 1970s. Dennis Sutcliffe of Lost Cleveland will be our guide back to this wild time.

By the way, if you’re interested in the history of the Cleveland mafia, we have some reading recommendations for you, including Rick Porrello’s new biography of racketeer Shondor Birns.

Rick Porrello – the author of The Rise and Fall of the Cleveland Mafia, To Kill the Irishman and Superthief – talked about his new book on the life and crimes of notorious Cleveland mobster, Alex Shondor Birns, when he visited us earlier this month.

Birns was an important figure in the Cleveland underworld for nearly half a century. He was killed after falling out with fellow Cleveland gangster Danny Greene.

Porrello is also the former chief of the Lyndhurst Police Department. However, his interest in the Cleveland mafia is personal. His grandfather, Raymond Porrello, and great-uncles were involved in the underground and helped supply the corn sugar that bootleggers used to make liquor. He was killed in 1932 during a card game.

Author and organized crime historian Frank Monastra visited us earlier this month to talk about his new book, King of Clubs, which profiles the famous, popular and very illegal casinos that flourished in and around Cleveland during the 1930s and 1940s.

He also talked about researching his grandfather — Frank Brancato, a mainstay of the Cleveland mafia for almost 50 years — for his first book, Brancato: Mafia Street Boss.

He even listed some of his favorite books about the Cleveland underworld for your reading pleasure and historical edification. 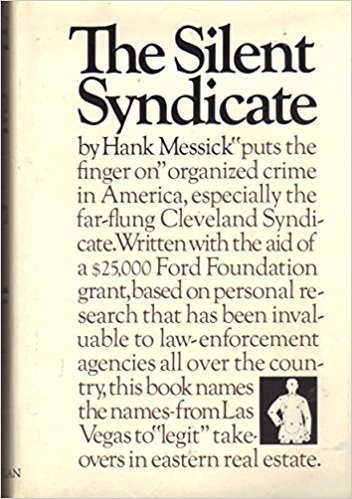 Local historian Dennis Sutcliffe visited earlier this week to talk about the history of the Cleveland Mafia. Here are some reading recommendations for those interested in the topic.

1. The Rise and Fall of the Cleveland Mafia: Corn Sugar and Blood by Rick Porrello

Porrello has a unique perspective on the Cleveland Mafia. His grandfather and three uncles were killed in the Corn Sugar Wars during the late 1920s and early 1930s, but he’s also a police chief. His book is well-researched and an excellent primer on organized crime in Cleveland during the Prohibition Era.

2. To Kill the Irishman: The War that Crippled the Mafia by Rick Porrello

A sequel to Rise and Fall. This book follows the Mafia’s long and fatal war with Danny Green’s Celtic Club. It was later turned into a film.

3. Mobbed Up by James Neff

Neff tells the story of Jackie Presser, a Teamsters leader who was connected to the Cleveland Mafia. After decades of working with the mob, he became an informant for the FBI.

Frank Brancato was a mainstay of the Cleveland mafia for almost 50 years. He bridged both the Corn Sugar and Celtic Club eras. (In fact, Brancato’s credited with introducing Greene to the Cleveland underworld.) In his lifetime, Brancato went from gambler to capo to consigliore. The author, Monastra, is Brancato’s grandson

5. The Sly-Fanner Murders by Allan May

6. Shocking Stories of the Cleveland Mob by Ted Schwarz

Schwarz traces the wild history of the Cleveland Mob, which includes the origins of everything from Las Vegas to the Cleveland Browns.

7. The Silent Syndicate by Hank Messick

Messick describes—in minute detail—the actions of The Syndicate, a Jewish organized crime unit that was contemporary to the Mafia. While they grabbed fewer headlines than the Mafia, they were arguably more successful by favoring the bribe over the bullet.