Enjoy a masterpiece movie with our Classic Film Club 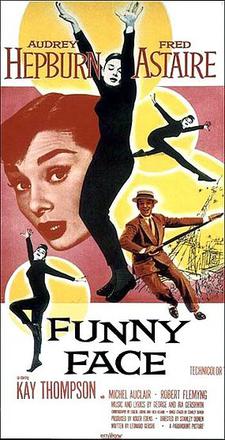 You deserve a classic. So come enjoy one of the best films ever made when our Classic Film Club meets at 1 p.m. on Wednesday, July 31, at our Main Branch.

Enjoy the film (and the air conditioning), followed by a short discussion. We even provide the popcorn. Everyone is welcome and no registration is required.

By the way, if you enjoy classic films, then you’ll love Kanopy. It’s a digital service that we offer that allows you to stream films, documentaries and even TV shows from all-around the world. It’s like Netflix, but free.

You can stream classics from the Criterion Collection, A24’s remarkable filmography, or Kanopy’s stunning offering of documentaries from all around the world. Also, if you have kids or grandkids, Kanopy has a robust collection of educational and entertaining programs for families, including animated masterpieces from GKIDS.

It also has an excellent collection of Audrey Hepburn films, including:

You can watch online or use Kanopy’s app, which is available for free at the Apple and Google Play stores. Each month, you can stream up to 10 different films. It’s like having a free ticket to your own personal film festival.

Celebrate Valentine’s Day with the best romances on Kanopy 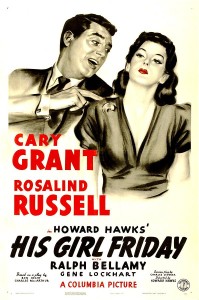 Our newest digital service, Kanopy, give you access to more than 30,000 films, including award-winning movies and documentaries from all over the globe. For free.

The Kanopy collection also includes classic romantic comedies — just perfect for Valentine’s Day or any date night. Here are 10 of our favorites that you can watch.

In this thrilling and romantic masterpiece, Regina Lampert (Audrey Hepburn) falls for the dashing Peter Joshua (Cary Grant) while on holiday in the French Alps. Her newfound romance is interrupted, however, upon her return home, when it is revealed that her husband has been murdered.

Not to overload this list with Cary Grant, but we weren’t going to exclude this gem from Hollywood’s golden age.

Walter (Grant), a hard-boiled newspaper editor, discovers that his ex-wife and former employee, Hildy (a spectacular Rosalind Russell), is set to marry a wet-blanket insurance salesman. Walter, certain that this is the wrong move for a strong-willed and ambitious woman such as Hildy, decides to sabotage her marital plans by enticing her with one last story — the execution of a convicted murderer.

Luke (Johnson) and Kate (Wilde) are coworkers at a Chicago brewery, where they spend their days drinking and flirting. They’re perfect for each other, except that they’re both in relationships. Luke is in the midst of marriage talks with his girlfriend of six years, and Kate is playing it cool with her music producer boyfriend. But you know what makes the line between “friends” and “more than friends” really blurry? Beer.

Hong Kong, 1962: Chow Mo-wan (Tony Leung Chiu-wai) and Su Li-zhen (Maggie Cheung Man-yuk) move into neighboring apartments on the same day. Their encounters are formal and polite — until a discovery about their spouses creates an intimate bond between them.

Hailed as one of the finest films ever made, Jules and Jim charts, over twenty-five years, the relationship between two friends and the object of their mutual obsession. The legendary Francois Truffaut directs, and Jeanne Moreau stars as the alluring and willful Catherine, whose enigmatic smile and passionate nature lure Jules (Oskar Werner) and Jim (Henri Serre) into one of cinema’s most captivating romantic triangles.

In Summertime, she plays an American spinster whose dream of romance finally becomes a bittersweet reality when she meets a handsome (but married) Italian man while vacationing in Venice.

The most romantic city in the world could doom one couple’s relationship.

A vacation intended to repair the tattered relationship between Jack (Adam Goldber) and Marion (Julie Delpy) only dismantles it further. The city brings out aspects of Marion that alienate the neurotic Jack even more(to say nothing of her former boyfriends who seem to lurk at every cafe they visit.)

Winner of both the Academy Award for best foreign-language film and the Cannes Film Festival’s Palme d’Or, Marcel Camus’ Black Orpheus brings the ancient Greek myth of Orpheus and Eurydice to the twentieth-century madness of Carnival in Rio de Janeiro.

With its eye-popping photography and ravishing, epochal soundtrack, Black Orpheus was an international cultural event, and it kicked off the bossa nova craze that set hi-fis across America spinning.

John Wayne and Maureen O’Hara… because you deserve nice things.

Aging rancher George Washington McLintock (Wayne) has troubles. Seemingly everyone wants a piece of his enormous farmstead, including high-ranking government men, McLintock’s own sons and nearby Native Americans.

And then his ex-wife shows up.

Don’t Swallow My Heart is set on the dangerous border between modern-day Brazil and Paraguay, where a war is brewing between rival gangs on either side. Caught in the middle, Brazilian 13-year-old Joca has fallen in love with Basano, a spirited indigenous Paraguayan girl, and is determined to win her over regardless of the consequences.

Nominated for the Crystal Bear at the Berlin International Film Festival and for a Grand Jury Prize (World Cinema, Dramatic) at the Sundance Film Festival.

You can stream some of the greatest films ever made for free.

All you need is your library card and our newest digital service, Kanopy.

Kanopy has a collection of more than 30,000 films, including award-winning movies and documentaries from all over the globe.

And you can watch 10 of them each month on your favorite device—computer, tablet, phone, Apple TV, Chromecast or Roku—for free. Indulge your inner cinephile with masterpieces by Akira Kurosawa, Greta Gerwig, Charlie Chaplin, Federico Fellini, Orson Welles and more.

Kanopy also has an excellent collection of animated story books and educational kids shows for children.

You can watch online or use Kanopy’s app, which is available for free at the Apple and Google Play stores.

So start watching. It’s like having a world-class film festival, tailored to your personal interests, at your beck and call. For free.