Board Games to Check Out from Mentor Public Library: Take Fun Home

Play with family and friends with Mentor Public Library’s board game collection. Available games are checked out and returned at the Main Branch. 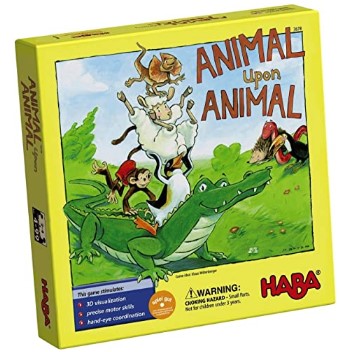 Be the first to place all your wooden animals upon the wobbly animal stack before anyone else. Use fine motor skills.

In the game Azul, players take turns drafting colored tiles from suppliers to their player board. Later in the round, players score points based on how they’ve placed their tiles to decorate the palace. Extra points are scored for specific patterns and completing sets; wasted supplies harm the player’s score. The player with the most points at the end of the game wins.

Betrayal at House on the Hill

The creak of footsteps on the stairs, the smell of something foul and dead, the feel of something crawling down your back — this and more can be found in this award-winning and highly acclaimed tabletop game of strategy and horror. Avalon Hill Betrayal at House on the Hill Cooperative Board Game Second Edition includes 50 fiendish scenarios and dozens of danger-filled rooms. You will return to the house again and again — as often as you dare — and never face the same game twice.

The Blockbuster Game: A Movie Party Game for the Whole Family

Blockbuster is a movie game for anyone who has seen a movie, and like all the best films it comes in two parts: In the Movie Buzzer Battle, both teams are given a topic, such as “Movies with dogs”. You start the 15-second timer, yell out a relevant movie, then whack the buzzer to reset the time. The other team is now in the hot seat and has to do the same. Whoever runs out of time hands the advantage to the other team, which takes control of the next round: Triple Charades Jeopardy. In this round, teams have to guess the movie, while you act it, use one word, or quote from it. There is all sorts of strategy and stealing, too.

Cards Against Humanity: Family Edition is a new party game that’s just like Cards Against Humanity, except it’s written for kids and adults to play together. Each round, one player asks a question from a black card, and everyone else answers with their funniest white card.

Develop the landscape of a medieval fortress city one tile at a time in this classic game.

Castle Panic is a cooperative tower defense board game for 1 to 6 players. You must work together to defend your Castle, in the center of the board, from Monsters that attack out of the forest, at the edges of the board. Trade cards, hit and slay Monsters, and plan strategies together to keep your Castle towers intact. 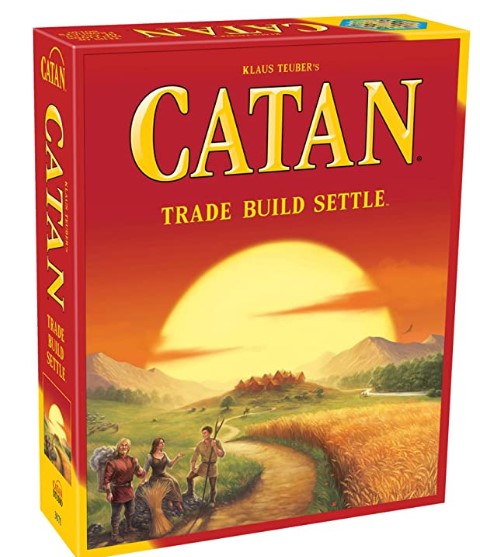 Control your own civilization by building and settling the uninhabited island of Catan. Using harvesting and trading resources, work to spread across the board as you race to earn victory points. Watch out for the robber! With interchangeable board hexagons, it’s a new experience each time you play.

In this game, you are a Time Traveler, with a Secret Mission, a Secret Identity, and a very important job to do: Paradox Repair. You can win by fixing enough Paradoxes, gathering up the three rare and amazing Artifacts listed on your Mission card, or adjusting history in the three ways necessary to allow your character to return to the alternate reality from which he or she originally came.

Two spy teams compete to see who can contact all their agents first. Each team’s spymaster gives word hints as agents try to pick the correct code names. Watch out for the assassin!  Good for big group.

You are head of a family in an Italian city-state, a city run by a weak and corrupt court. You need to manipulate, bluff and bribe your way to power. Your object is to destroy the influence of all the other families, forcing them into exile. Only one family will survive… 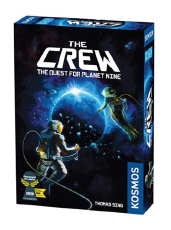 Astronauts wanted! Scientists say there is a mysterious ninth planet located at the edge of our solar system. But despite all of their efforts, so far they have been unable to provide substantial evidence of its existence. Join this exciting space adventure to find out if the theories are just science fiction or if you will discover Planet Nine.

Description: In this epic contest of sinister power, you’ll take on the role of a Disney Villain and strive to achieve your own devious objective. Discover your character’s unique abilities and winning strategy while dealing twists of fate to thwart your opponents’ schemes. Find out who will triumph over the forces of good and win it all!

Dixit is an enchanting game which summons your imagination. Discover 84 dreamlike illustrations on big cards and interpret them. 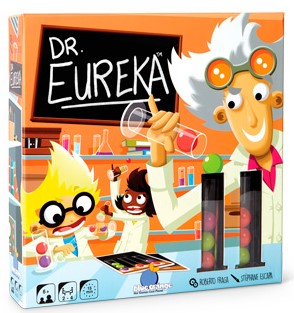 As a scientist, be the first to shift molecules between test tubes in the order matching a card. The fastest to match the order wins the card. The scientist who wins five cards first is the winner. 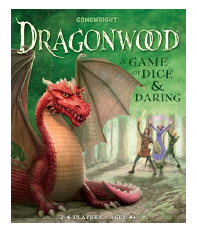 Dare to enter Dragonwood! Deep in the heart of this mythical forest lurk angry ogres, giggling goblins, and even the famed and fearsome fire-breathers themselves! Collect sets of adventurer cards to earn dice, which you will use to roll against your foes. 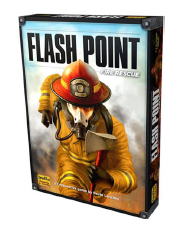 The team has only seconds to assess the situation and devise a plan of attack – then you spring into action like the trained professionals you are. You must face your fears, never give up, and above all else work as a team because the fire is raging, the building is threatening to collapse, and lives are in danger.

Join a team of fearless adventurers on a do-or-die mission to capture four sacred treasures from the ruins of this perilous paradise. Your team will have to work together and make some pulse-pounding maneuvers, as the island will sink beneath every step! Race to collect the treasures and make a triumphant escape before you are swallowed into the watery abyss! 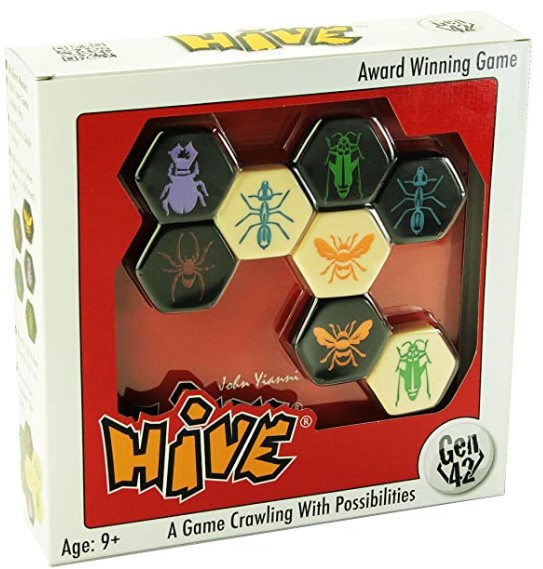 Dominoes with a kingdom building twist. Each turn, connect a new domino to your existing kingdom, making sure at least one of its sides connects to a matching terrain type already in play. The game mechanics for obtaining the tiles is clever: the order of who picks first depends on which tile was previously chosen. Make sure to secure tiles with crowns- these royal treasures help to multiply the worth of your kingdom at the end of the game! The game ends when each player has completed a 5×5 grid, and then points are counted based on number of connecting tiles and crowns. 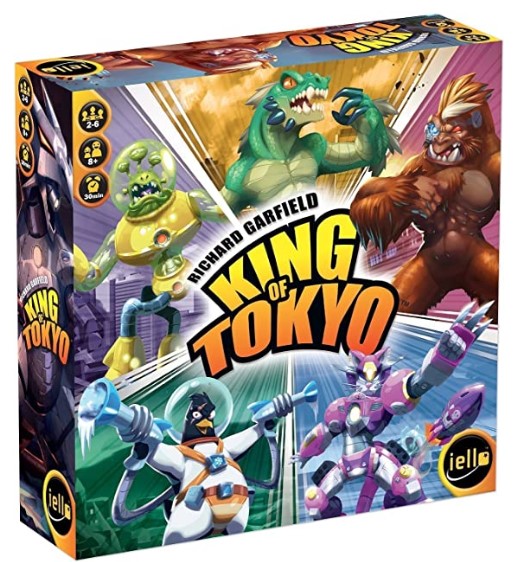 This dice game lets your monster, giant robot or strange alien battle others to become the last monster standing in Tokyo or accumulate 20 victory points.

Players attempt to deliver their love letter into the Princess’s hands while keeping other players’ letters away. Powerful cards lead to early gains, but they make you a target. 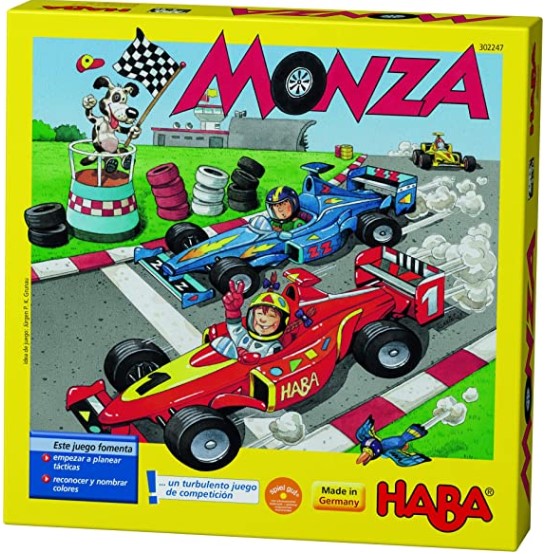 Roll the color dice and move according to the colors as you race your car around the track. Be the first to finish the lap to win! 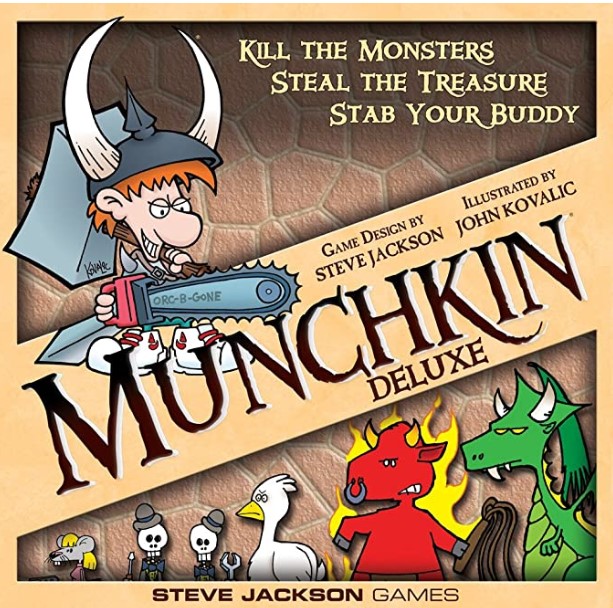 Mysterium is an innovative, immersive and thrilling party game. It offers cooperation and investigation with asymmetrical gameplay. While playing the ghost or a medium, you will have fun trying to guess what other players have in their mind. Enter the manor and let yourself be led by your sixth sense.

Onitama is an elegant and simple two player abstract strategy game where you take on the role of a Master, guiding your monk followers, in an attempt to defeat your opponent. Armed only with a handful of moves, your cunning, and your wits, have you the skill to be victorious?

Work with your team to treat diseases around the world while you gather resources for a cure.

The best quack surgeons from across the land gather to brew their concoctions against smelly feet, homesickness and hiccups. Every quack has their own special brew they hope will make them the best miracle doctor in the land! 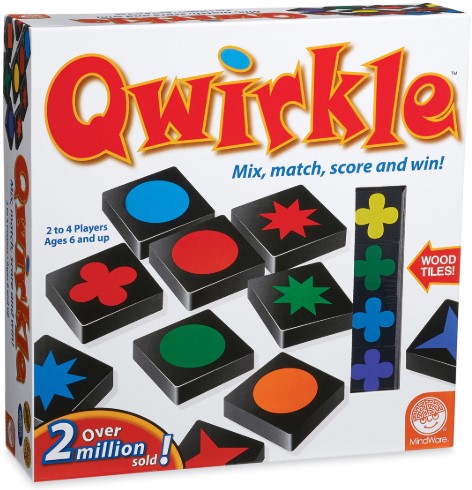 This game of matching colors and shapes is easy enough for beginners and challenging enough for most teens and adults. In addition to teaching young players colors, shapes, math and problem-solving, the game requires tactical skills and strategic thinking

Play as a scientist invading the island to capture baby dinosaurs for study or be the mother dinosaur protecting her family and their home from humans.

Build a skyscraper with cards as high as you can so Rhino Hero can scale it as he searches for burglars and villains. Be the first to place the roof card. 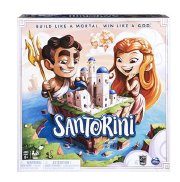 Highly accessible pure-strategy game where you play as a youthful Greek God or Goddess competing to best aid the island’s citizens in building a beautiful village in the middle of the Aegean sea. 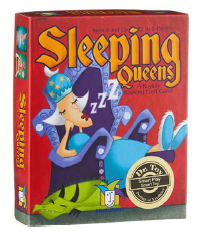 Imagine a place where there’s a queen of all pancakes, a king of cookies and a pack of over-protective dragons. As you immerse yourself in the Evarts’s fantasyland, you will find a game that helps develop memory, strategy, and elementary arithmetic skills.

Card drafting that makes for a game that’s easy to learn, quick to play, and yet engaging for all ages. Just like a great meal at a sushi bar, this game will have you coming back for more time and time again! 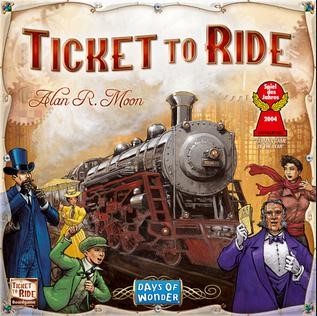 Take this cross-country train adventure to collect the best train cards and claim railway routes across North America to become a railroad baron. 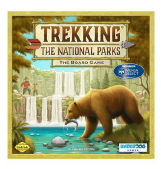 Trekking the National Parks was specially designed to be both entertaining and educational. Every park card features an interesting fact and gorgeous photograph that will inspire players to explore the protected natural wonders of America.

You are bird enthusiasts—researchers, bird watchers, ornithologists, and collectors—seeking to discover and attract the best birds to your network of wildlife preserves. Each bird extends a chain of powerful combinations in one of your habitats (actions). These habitats focus on several key aspects of growth: Gain food tokens via custom dice, lay eggs using egg miniatures in a variety of colors, draw from hundreds of unique bird cards and play them.

You are a zombie. You want to eat as many brains. Push your luck with the roll of the dice – just don’t get shotgunned.