Home/Take the Internet with You
Previous Next 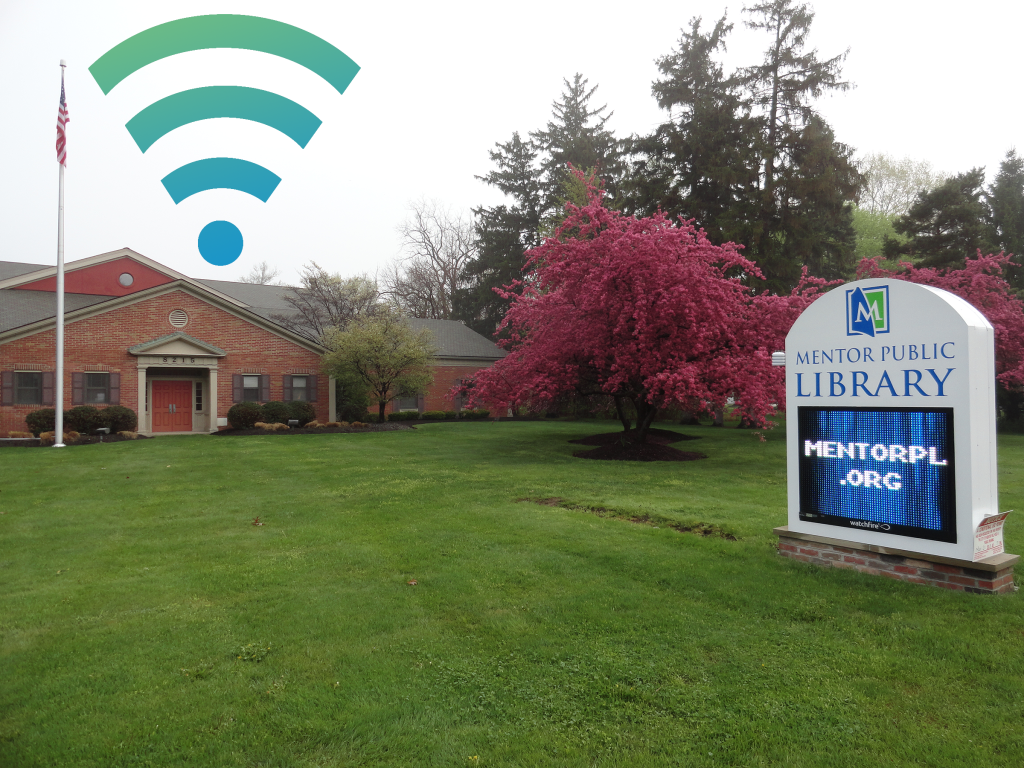 You can now borrow hotspots from Mentor Public Library.

Mentor Pubic Library lends hotspots that can provide Wi-Fi to your wireless-enhanced devices like computers, smartphones and tablets.

Our community has embraced the hotspot program at Mentor Public Library. The devices are in extremely high demand and it is the goal of the library that these mobile Wi-Fi devices help those in our community with a specific need or situation. The hotspot device program is not meant to replace an individual’s Wi-Fi access permanently but rather supplement it temporarily when situations arise.

In 2021, we’re adjusting how we loan hotspots to make sure you can get one when you need it while making sure hotspots are still available for as many patrons as possible.

The following changes have taken effect:

Hotspots will be turned off/deactivated after three days past the due date. The overdue fine schedule will remain the same ($5/day up to $25)

Only one hotspot per household will be permitted checked out at a time. Hotspots can connect up to 10 devices at a time.

Users who return devices late, abuse equipment and/or violate the device agreement three or more times will lose their hotspot check-out privilege for a minimum of six months.

Starting July 6, patrons who leave a hotspot in a library book drop will be fined $10. This policy is to prevent damage to the hotspot and ensure that other patrons can use it.

The library’s goal is to meet the needs of as many patrons in our community as possible with this valuable service.

Guidelines for Borrowing & Use

Loan period: You can borrow one hotspot at a time for up to 14 days. No renewals.

Holds:  You can reserve a hotspot using our event calendar. Follow the link for instructions.

Where it works: Anywhere in the United States, including Alaska and Hawaii, that’s covered by T-Mobile’s network. (No international.)

What you need: You must be 18 or older and have a Mentor Public Library card in good standing (not more than $10 in fines.) You will also need to complete and sign an Electronic Device Agreement with each checkout, acknowledging financial responsibility for lost or damaged equipment.

Patrons will be fined $5 for each day a hotspot is returned late, up to $25. After three days, we will deactivate the device and bill the patron to replace the device.

If the hotspot is damaged or lost, the patron will also have to pay to replace it. Due to a change in our hotspot service provider’s policy, any hotspots returned 60 days after the due date or later will result in the user being billed for a replacement unit. Patrons returning overdue units 60 days late will receive a minimum one-year ban from Mentor Public Library hotspot use.

Finally, please do not return hotspots, or any other electronic device from MPL, in our book drops. It’s very easy for them to get damaged that way. Starting July 6, patrons who leave a hotspot in a library book drop will be fined $10. Users who return hotspots late and/or violate the agreement three or more times will lose their hotspot check-out privilege for a minimum of six months.