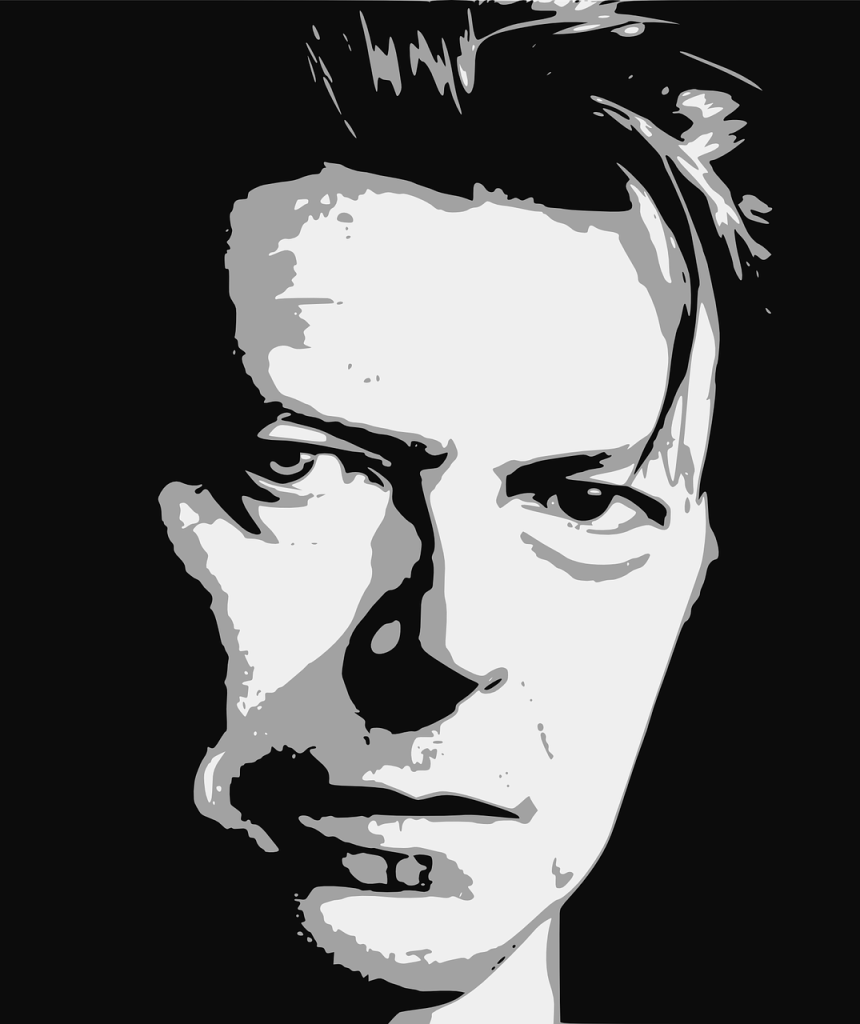 Want to listen to some of the best Rock ‘N’ Roll music ever recorded without having to spend money on iTunes, Spotify or Tidal?

Some of the greatest rockers have their music available on Freegal, which is free to use if you have a Mentor Public Library card.

Here are 25 of our favorite rock albums you can start downloading right now from Freegal:

Rock’s foremost chameleon had new shades to offer right up until the end. His final album opens with an engulfing 10-minute suite, also named “Blackstar,” that stands with the best work from whichever era of Bowie you love most.

Sure, you could always get the duets with Rob Thomas, Michelle Branch and Chad Kroeger. (Wow, Chad Kroeger? Huh.) But if you want raw, unfiltered Santana, then you want “Black Magic Woman,” “Oye Como Va,” and the rest of Abraxas.

Both sobriety and stability suit Trent Reznor surprisingly well. This is not Reznor: the angry, young addict with a predilection for darkness. This is Reznor: family man and Academy Award winner. Fortunately, it’s also Reznor, the genius.

We promise not to load this list with hits collections. That’s too easy and worthless to anyone searching for deeper cuts. But Journey is one of the few bands where the hits serve as an excellent entry point, if only because we tend to forget how much they created beyond “Open Arms” and “Don’t Stop Believin’.”

Wait a minute, you say. Dixie Chicks aren’t rock. They’re country or—worse—pop. They’re all three and more on their final album. Everyone from Rick Rubin to Keb’ Mo’ helped make Taking the Long Way; and, instead of becoming an incoherent mess, it sounds like seasoned professionals who have no use for the limits of genre. (And how rock-n-roll is that?)

If Toys in the Attic consisted of nothing more than “Sweet Emotion” and “Walk this Way,” it would still be a classic. But the riffs and raunch last all album long.

Pearl, to put it mildly, is legendary. It birthed “Cry Baby,” “Mercedes Benz,” and “Me and Bobby McGee.” Even the side cuts that never made the album are held in reverence.

It’s hard to remember a time when Dave Grohl was thought of as only the drummer from Nirvana. It only took the opening triptych of the Foo Fighters’ debut—”This Is a Call,” “I’ll Stick Around” and “Big Me”—to realize that Grohl had a lot more in the tank.

This is what a revolution sounds like. These are the first steps of metal conquering hard rock. This is the counterculture becoming the culture. This is also, incidentally, incredible music.

After all the controversy dissipates—over whether Paul Simon promoted or stole from South African artists, whether he took “All Around the World” from Los Lobos, or whether Simon should have even recorded in Apartheid-riddled South Africa—all you have the music. And “Diamonds on the Soles of her Shoes,” “You Can Call Me Al,” and “Crazy Love, Vol. II” are eternal.

Three Days Grace doesn’t trade in subtlety. The best song on their debut is called “I Hate Everything About You.” But rock need not be subtle, it need only rock. And this Canadian alt-rock band is direct, blunt and aggressive.

This boxed set—culled from Presley’s 1970s recordings for RCA—probably isn’t what you think of when you remember Elvis. “Hound Dog” only appears as a snippet, “Don’t Be Cruel” is medley fodder. But that’s the point. Removed from his usual context, Presley proves equally adept with gospel, blues and Bob Dylan tunes.

You remember “Barracuda” and “Kick It Out” and the other stadium rockers, but you may have forgotten “Treat Me Well” or “Dream of the Archer,” which border on folk music. Heart was equally adept at both decibel levels.

We’re not here to argue that Ten was better than Nevermind or that Pearl Jam was better than its Seattle peers. Those are subjective arguments best left for another day. But here’s a fact: without Ten, alternative rock might have been a fad; with Ten, it became a movement.

It’s hard to pick a favorite Springsteen album. You might prefer the accidental perfection of E Street Shuffle or the big hits of Born in the U.S.A. But Born to Run is where weariness began to replace nostalgia, and the conflict between romanticized youth and the realities of life has defined Springsteen’s music ever since.

Depending on your perspective, this is either the most aggressive power pop or the friendliest metal has ever sounded. It splits the difference between slick and slam. Also, “Surrender” remains the definitive Cheap Trick cut.

Forget the Wizard of Oz gimmicks. This is a landmark album by brilliant musicians at the peak of their powers. It’s not necessarily better than The Wall or Wish You Were Here, but it’s a better introduction to Floyd for the uninitiated.

Leonard Cohen and Jimi Hendrix have at least one thing in common: an indomitable debut. Cohen was already a fully formed poet when he first recorded his words with music. “Suzanne” and “Sisters” are some of his most indelible songs.

Ponderous is rarely a compliment, unless you’re describing a blue whale or Modest Mouse’s third album. The Moon & Antarctica is ponderous in two senses. One, it’s not afraid to have 9-minute suites that meander through moods. Two, it feels like a lot of contemplation and pondering when into the album. A self-consciously ambitious piece of mood music.

This was the hardest Billy Joel ever rocked. (Give or take “Pressure.”) Sure, it has the sweet-n-low “She’s Always a Woman,” but it also contains the impervious trifecta of “Movin’ Out,” “Only the Good Die Young,” and “Scenes from an Italian Restaurant.”

Named after the founder of the Ghost Dance movement, this album is a spiritual experience. The big hit is “Come and Get Your Love,” but the title track and “Clouds in my Sunshine” are equally powerful.

P!nk shed her pop beginnings (where her shtick was little more than a hair color) to inherit Joan Jett and Linda Perry’s thrones. She’s also one of the few artists who’s probably correct when she claims that she’ll have more than one volume of hits.

This was the fifth live album The Allman Brothers Band released and the direct sequel to another live show they recorded earlier in 1994, but these guys are consummate performers; and they can wring something new and exciting from their most familiar material.