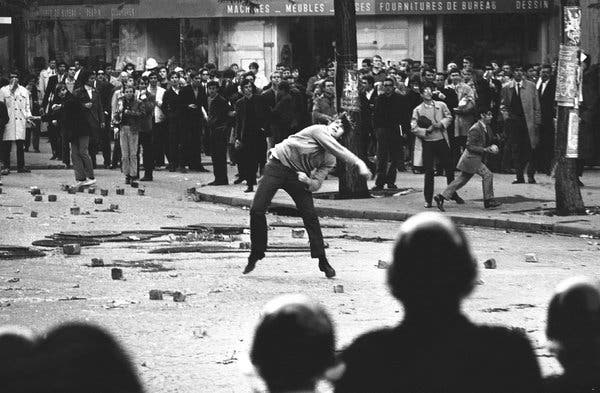 Our resident historian Dr. John Foster will continue his series on the history of the Cold War during a fascinating online program at 6:30 p.m. on Thursday, Sept. 17.

Foster will focus on the pivotal year of 1968, which was a turning point in the Cold War. It opened with the Tet Offensive in Vietnam, and saw further turmoil as Red Army troops brutally suppressed a pro-democracy movement in Czechoslovakia. Around the world, student protestors took to the streets with demonstrators and police clashing outside the Democratic National Convention in Chicago.

This program is free and open to all. It will be broadcast online using Zoom. Those who wish to watch can register on our website or call us at (440) 255-8811 ext. 247. This program will also be recorded and available for viewing at a future date on the library’s website, Facebook, and YouTube page.

This special program is the third in a 4-part series about the history of the Cold War. Previous talks in the series can be watched on our website, as well.

In addition to being a reference librarian, Foster has a doctorate degree in history. He has taught history at both high school and college levels. Previously, he has led series on the Battles of World War II, the American Revolution and US Presidents of the 20th Century at the library.