Watch the best silent films of all time on Kanopy 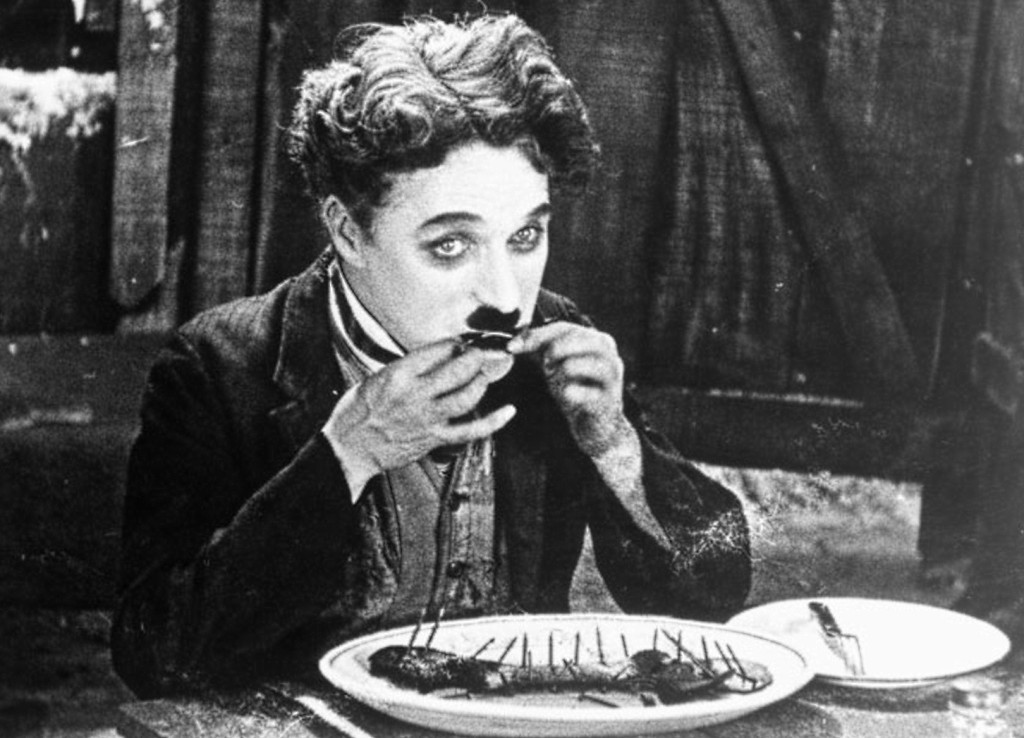 Watch classics by Charlie Chaplin including “The Gold Rush,” “The Kid,” “City Lights,” “Modern Times,” “The Circus,” and “The Idle Class” for free with your library card and Kanopy.

The Kanopy collection includes some of the greatest silent films ever made. Here are 10 of our favorites that you can watch.

Fritz Lang’s Metropolis is one of the most important films ever made. Every science-fiction film has Metropolis‘ alleles grafted into its DNA. Furthermore, it looks brilliant, depicting an unforgettable future of skyscrapers, cathedrals, pleasure gardens, factories and dystopian ghettos.

It was also so expensive and bombed so thoroughly that it nearly bankrupted German cinema.

But it’s an engaging experience—a spectacle in the truest sense—and well worth your time.

Other classics by Fritz Lang on Kanopy: M, Hangmen Also Die, House by the River, Spies.

2. The Cabinet of Dr. Caligari

The Cabinet of Dr. Caligari is what you might get if Edgar Allan Poe chose a camera over a pen.

Caligari tells the story of a murder and a manipulative asylum operator. (To tell more would give away a few delicious plot twists.)

Director Robert Weine is a master of ambiance and lighting. He doesn’t just scare you. He unsettles you. His horror was psychological, not just physical.

If you like Caligari, watch The Hands of Orlac which reunites its director and stars

Buster Keaton plays an engineer who chases a stolen locomotive across enemy lines. As is always the case with Keaton, hilarity ensues.

Charlie Chaplin’s last performance as The Little Tramp. This time, he works at a factory and falls for a beguiling woman (Paulette Goddard.)

Modern Times features a sly commentary on class separation and some of Chaplin’s most memorable gags.

Other classics from Chaplin you can watch on Kanopy: City Lights, The Kid, The Gold Rush, The Circus, The Idle Class.

5. The Birth of a Nation

When we discuss The Birth of a Nation, we don’t talk about its star, Lillian Gish, or the plot. (Birth follows a northern and southern family during and after the Civil War.)

No, we talk about the controversy. This film revived the Ku Klux Klan and riled the NAACP. Frankly, Birth‘s depiction of African-Americans is reprehensible. But D.W. Griffith’s film is important, if only because of the controversy the effect it had on the United States.

6. Passion of Joan of Arc

Never has a face meant more to a film than Renee Falconetti in Passion of Joan of Arc.

Carl Theodor Dreyer’s spends an extraordinary amount of time in extreme close up on Falconetti’s face, and she never disappoints. She shares Joan of Arc’s agony, ecstasy, terror, sadness, and strength.

Dreyer’s film has striking composition and cinematography, but it’s Falconetti’s face that makes it sublime.

More Dreyer: Day of Wrath, Master of the House.

7. The Thief of Baghdad

A young thief competes with a dangerous Mongol ruler for the love of a beautiful princess.

Douglas Fairbanks is at his magical best, but the real star is William Cameron Menzies’ astonishing set design.

More Fairbanks: The Mark of Zorro, A Modern Musketeer, Intolerance.

Harold Lloyd completes the Silent Comedy Star Triumvirate (along with Chaplin and Keaton.) Safety Last! is an ideal introduction to his remarkable stuntwork.

Lloyd plays a small-town bumpkin who finds employment as a lowly department-store clerk. He comes up with a wild publicity stunt to draw attention to the store, resulting in the poor clerk scaling the side of a skyscraper like the world’s least threatening King Kong.

One of the best monster films ever—period.

Nosferatu wipes away the suaveness and sexuality of most Dracula/vampire films. Instead, it revels in the monstrous. Max Schreck’s turn as Graf Orlok is iconic.

Battleship Potemkin tells the story of a Russian naval crew’s mutiny and rebellion against the Czar and his Cossacks.

And, while the film is a front-to-back classic, one moment overshadows the rest. The “Odessa sequence” is one of the most influential six minutes in cinematic history and director Sergei Eisenstein’s masterpiece.

It depicts the ruthless White Russian cavalry crushing the rebellion on the sandstone Odessa Steps.

The Odessa sequence was paid homage in The Untouchables, The Godfather and Star Wars III: Revenge of the Sith, spoofed in Naked Gun 33 1/3 and Woody Allen’s Bananas,  and is simply one of the most referenced visuals in film history.

All Mentor Public Library locations will be closed today, January 17, due to weather. Please be safe if traveling. Our digital services remain available 24/7, even when our buildings are closed.