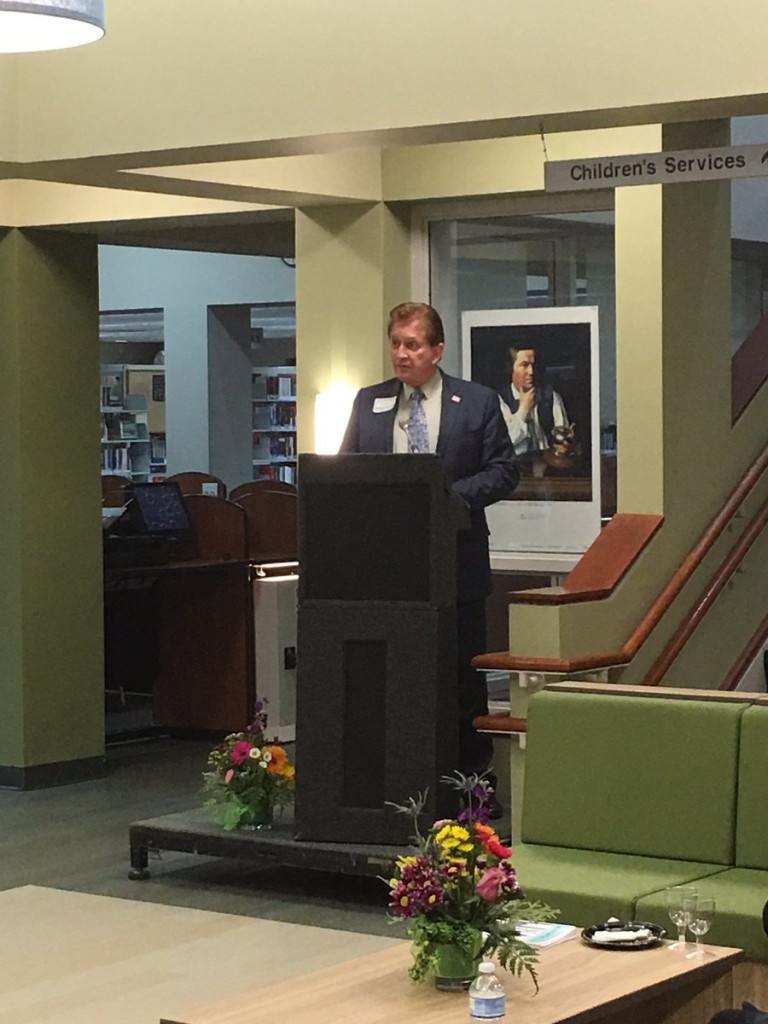 Terry Kilbourne speaks during the dedication of Kilbourne Commons.

On Friday, we dedicated our new Kilbourne Commons.

It’s named in honor of Terry Kilbourne who served on our Board of Trustees from 1999 to 2013.

Kilbourne served as board president, vice president, secretary and on every possible committee at some time during his two terms. He’s helped the library with levies, labor negotiations, building renovations, and anything else we’ve ever asked for.

He deserves to have his name commemorated in the library he helped steward.

Thanks for everything, Terry!