Revisit the Battle of Midway during special online program

Revisit the Battle of Midway during special online program 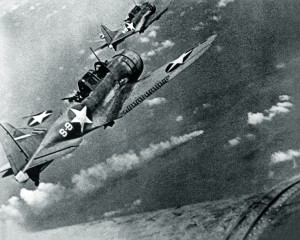 Rediscover the Battle of Midway during a special program to commemorate its 78th anniversary.

Commemorate the 78th anniversary of the Battle of Midway by revisiting one of the pivotal moments in United States history during a special online program at 6:30 p.m. on Thursday, June 4.

On June 4, 1942, the U.S. Navy and the Imperial Japanese Navy fought one of the key battles of World War II near Midway Island. The result would decide the fate of the war in the Pacific. Dr. John Foster, will tell the story of the battle and of the incredible heroism of the sailors and naval aviators who achieved victory that day.

Foster’s talk will be hosted on Zoom and is free to attend. However, registration is required on our event calendar. You can also call the library’s reference desk for assistance registering: 440-255-8811 ext. 216.

Once you register, details on how you can view the program will be emailed to you a day before the program is scheduled to begin. (If you don’t find the email in your inbox, please check your spam folder.)

In addition to being a reference librarian, Foster has a doctorate degree in history. He has taught history at both high school and college levels. Previously, he has led series on the Battles of World War II, US Presidents of the 20th Century, and the Revolutionary War at our library.